The LFA design has a patent pending and all G0KSC designs are copyright. Any ham can build for their own use or those of a friend. Where profit or commerical gain exists, express permission of G0KSC must be sought.

If you suffer with noise from living in the city, this is another low-noise antenna from G0KSC

This antenna has been designed in order to minimise the upward and downward lobes typically seen the the EL plane on Yagi antennas. By doing this, a drastic reduction in pick up of unwanted noise in City locations is the result. The double bonus is the likelihood  of reducing transmitted interference too. However, this version is not a model with optimum suppression which would see a reduction in forward gain of 1dB. If you suffer with very bad noise on 70MHz and have room for an antenna of this size, Email me for details of the very high suppression version.

This antenna can be built with Metric or Imperial sized tubing: 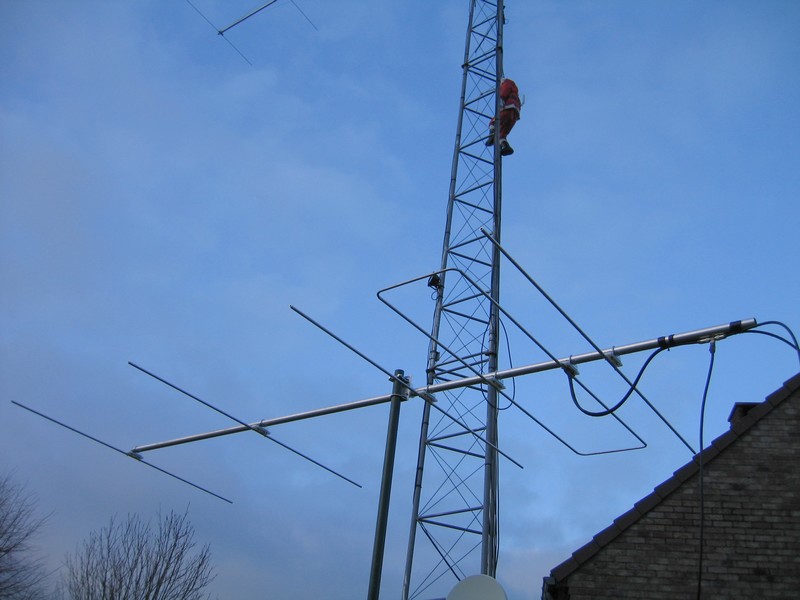 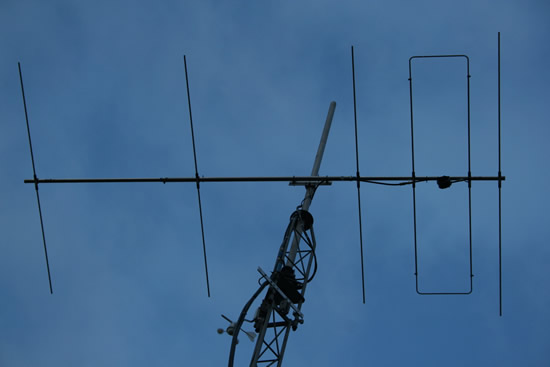 The same antenna this time built by John, G4ZTR 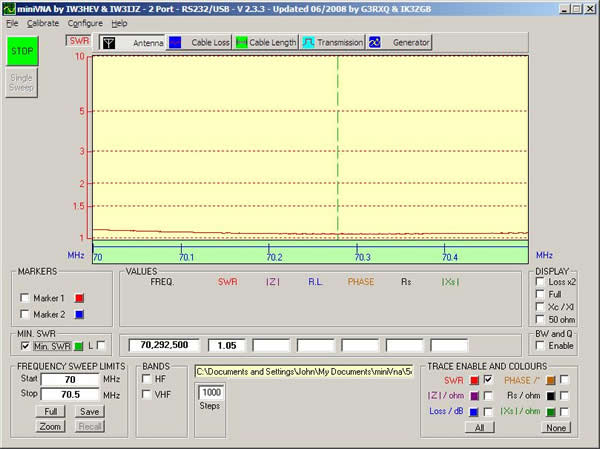 The above analyser plot is from John's finished antenna. 1.05:1 at 70.292MHz with a flat curve for the rest of the band 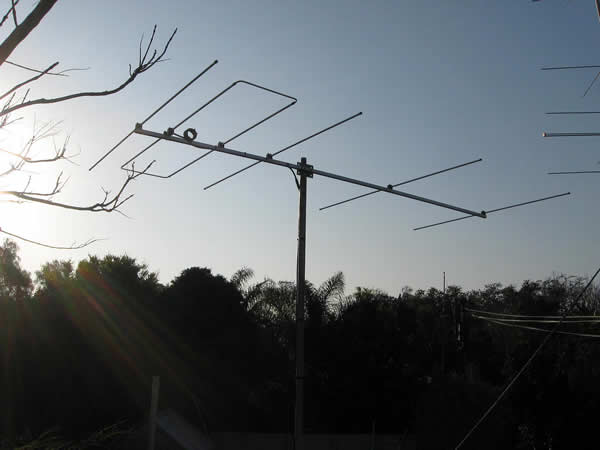 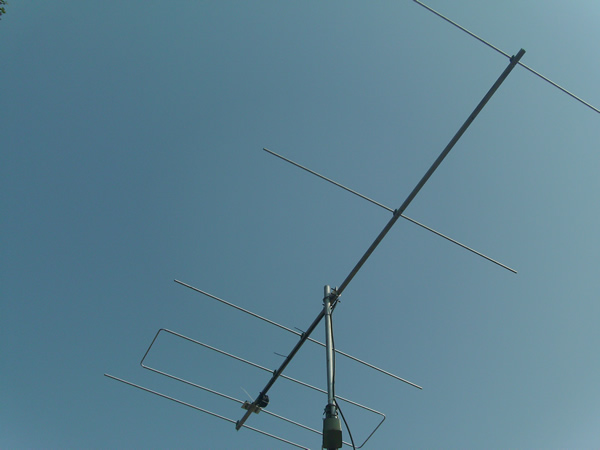 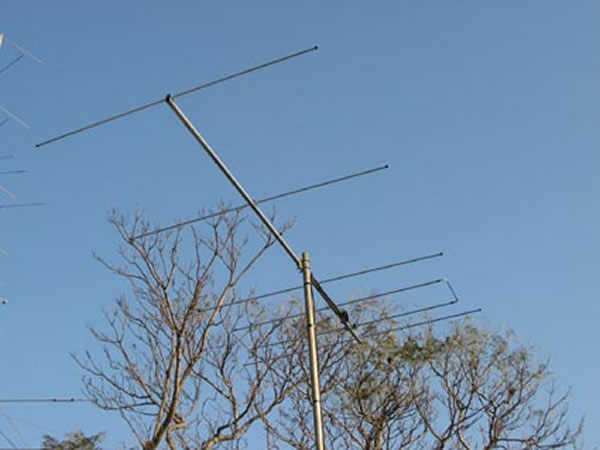 The ends of DE1 and DE2 are connected together with 3/8 inch tube. The feed point is the centre of DE1.

NOTE: SWR will not read as per the graph below if you use a package with mininec or nec2. DO NOT Get your version of EZNEC confused with nec versions. Unless you have EZNEC Pro/4 you do not havew nec4. The swr graph is correct and confirmed within nec4 and through building this antenna. 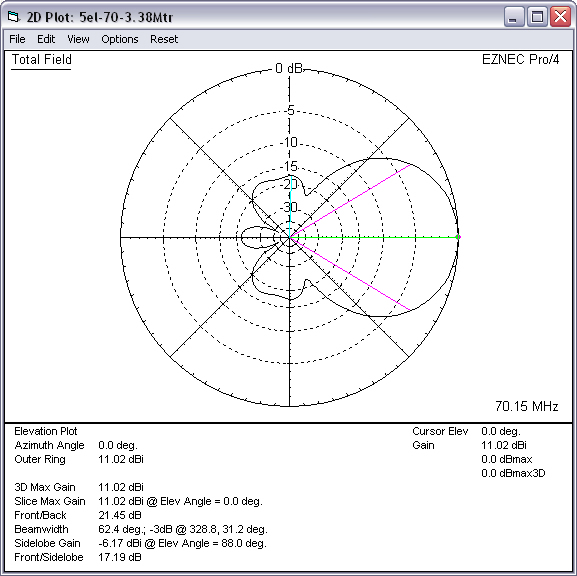 Pattern is identical when using metric or imperial tubing. This is the Elevation Plot 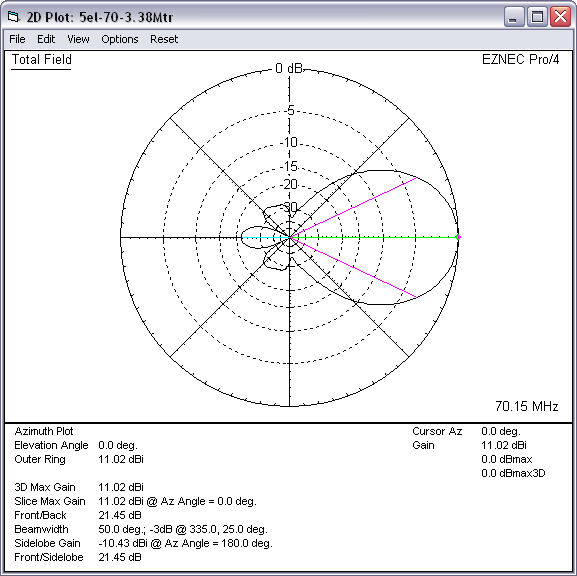 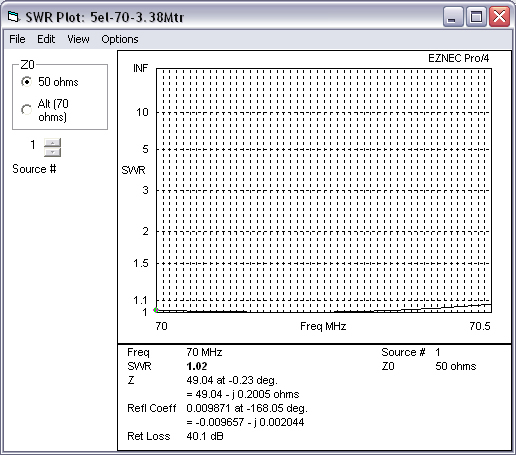 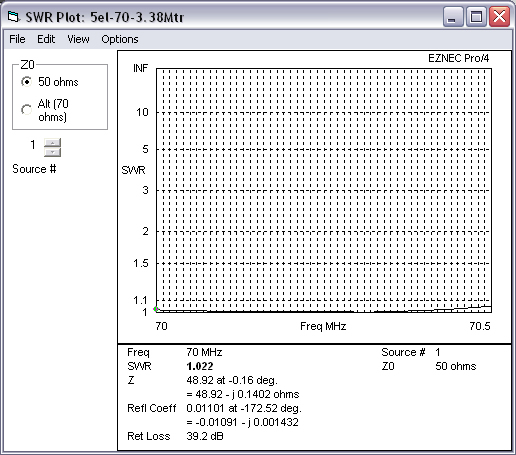