I have been honing the rigid Quad beam, pushing the boundaries of its capabilities and utilising the thicker elements for more performance, thin wires always having been a hindrance to the performance of the more traditional quad.

Additionally, like all my designs I have optimised these with a 50Ohm impedance feed point in order to remove matching devices of any kind. There is no method of matching or transforming anything known to science that is 100% efficient. Those inefficiencies mean the RF changes form from the desired and most commonly in antenna this loss presents itself as heat in the matching device and this heat is was restricts the power handling capability of an antenna.

As yourself this, if your antenna input is limited to a few hundred Watts or even a few thousand Watts, whys is that? How many of your transmitted Watts converted into heat would it take for a matching device to fail? You would think it would be quite a significant amount wouldn’t you? And yes, it is.

In addition to the removal of loss and massive increase in radiating efficiency a direct feed provides, performance is increased too. More traditional quads have had an input impedance of 110Ohm allowing for impedance matching to be performed by a 1/4 wavelength of 75Ohm coax (to 50Ohm). Lowering of feedpoint impedance does increase performance so producing with a 50Ohm feed point has multiple benefits.

The rigid quads I have developed consist of a dual-boom supporting the elements top and bottom with only the element width varied in order to created the change in element size (reflector to directors).

There are many myths about Quads, one of the biggest being they ‘open and close the band sooner and later than a Yagi’. While this is very difficult to accept without any substantiated evidence, they do possess a number of benefits over a Yagi but these are limited.

If optimised correctly, the Quad can produce much higher gain (per foot or metre of boom) than a comparative Yagi. However, this benefit diminishes as the boom length increases. After around one wavelength, any benefits in performance in favour of the Quad are minimal and certainly, where this rigid Quad is concerned, do not warrant twice the material usage (two booms rather than one, full wav elements rather than half wave elements).

I will cover more on this subject in my soon-to-be-published article on the evolution of the Quad and my experimentation and development relating to stacking and phasing quads. 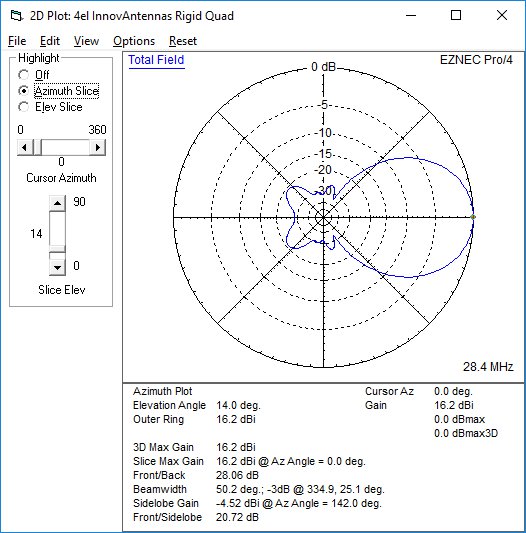 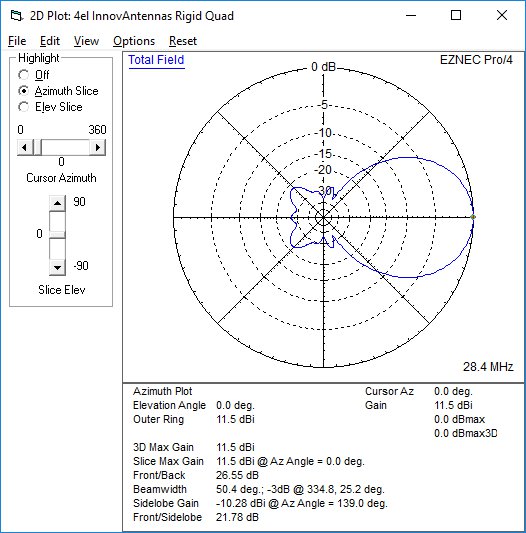 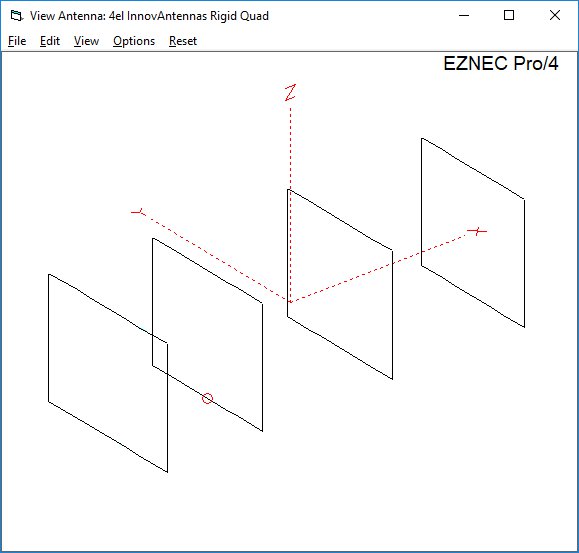 Element layout (in model) of the rigid Quad 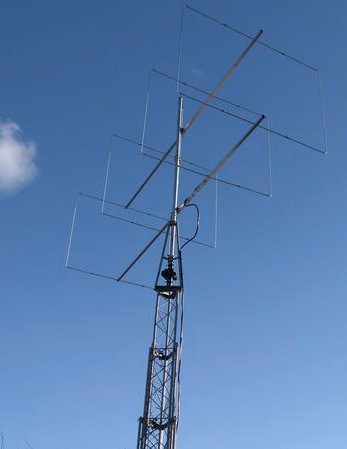 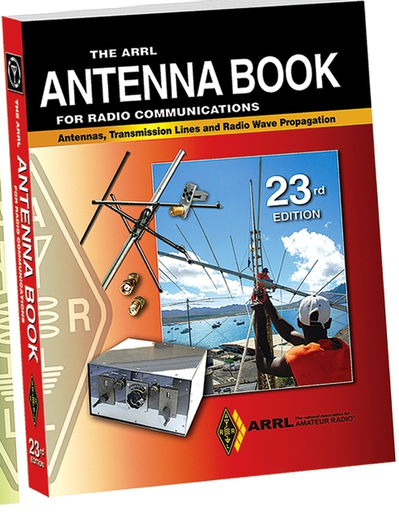 I am going to be adding a number of my new high gain rigid Quads which of course have a direct 50Ohm input so no matching required. In addition, I will list a number of variants especially designed for stacking which provide higher levels of gain while maintaining stability (wet weather) and bandwidth.

Commercially, these will be available through my company InnovAntennas (some already are) but I will provide details drawings here for a number of designs that you can self build on a budget. 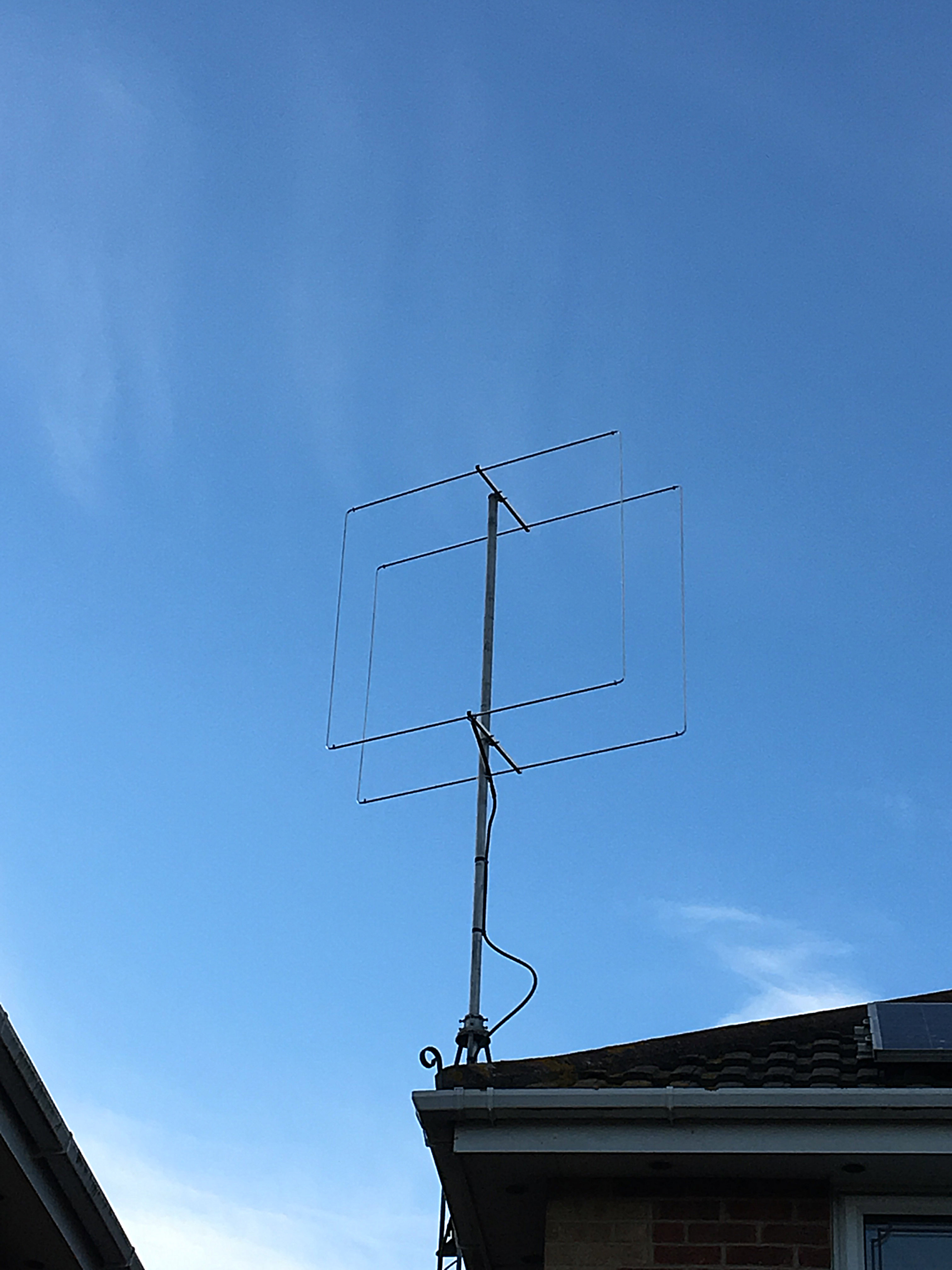 Stay tuned between now and the new year and I will be adding an article discussing the benefits of the quad and how these great antennas can serve any station very well on most bands.